A defamation case can seriously damage your online reputation. Do you know what to do to prevent? And fight? Here is the word of the experts. 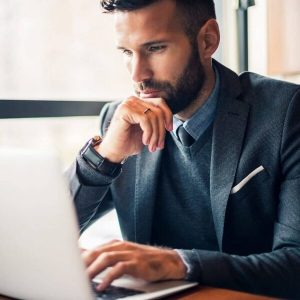 Delete now
Content index hide
1 Why it is important to immediately block defamatory content on the internet
1.1 The law on the side of the defamed
2 All the tips to avoid being defamed
2.1 Honesty
2.2 Misunderstanding
2.3 Don’t ignore
3 Too late: how to defend oneself against defamation
3.1 1. Asking to delete the content
3.2 2. Contact the platform
3.3 3. Legal action

Lies run faster than the truth and being able to defend yourself is not always simple.

Here are some simple tricks and what to do in case of defamation on the web.

Furthermore, a piece of advice very followed by my clients is to know in depth the mechanism of the Right to be forgotten: it’s essential for combating online defamation.

The distinction between real life and online communities is becoming increasingly blurred over time.

If, with the advent of the web, what appeared on the Internet “remained” between the boundaries of that digital universe, today the situation has certainly changed.

If a hundred years ago a person was defamed when they took to the streets full of anger and energy, in 2020 it only takes two minutes and a connection to the network.

Even not among the fastest.

Cases of defamation are a daily occurrence for the law, with a rapid growth of those in the virtual.

And it is an understandable trend, as it is the best course of action for those who are determined to act on this path:

It is therefore clear that the trend is towards this direction rather than using voice or ink.

And the result is an aggravation of this crime, that affect also your Reputation Score.

The law on the side of the defamed

There’s an entry in the penal code dedicated to this crime. It may vary according to the country of residence, but the substance is the same.

This law was created to protect the victim of an attack on his or her reputation by one or more persons who intend to denigrate and discredit him or her.

And with the ever-increasing development of the Internet and, in particular, of social media, the right security measures have been taken over time.

It may not seem like a crime to be on the list of the worst, from the point of view of the individual. But the reality is different.

For example, in Italy and England such a sentence can lead to heavy fines of thousands of Euro/Sterling or from 1 to 2 years in prison; and in the most serious cases, both.

So you can see that the law is on your side, ready to help those who are unfairly attacked for any reason.

However, avoiding these unpleasant situations and preventing damage would be better. There is no magic formula for triggering a network connection every time someone tries to blame a person or company.

However, there are a number of precautions and tricks you can take to reduce your chances as much as possible.

All the tips to avoid being defamed

“A lie makes it in time to go halfway around the world before the truth can put on its pants.”

This phrase by Jonathan Swift (wrongly attributed to Mark Twain) underlines the danger of these occasions, where lies spread and are taken for granted on the web.

And at that point the court will be able to do very little and it will be necessary to give the opportunity to the experts.

And the danger of this situation weighs on everyone:

Let’s see then what can be done to avoid the risk of defamation on the Internet and to see themselves sitting in a court chair, thus remaining friends with (almost) everyone.

Do you need to monitor your online reputation?

Here is the solution: activate the RepUP Monitoring Tool and you will know exactly how much your brand is worth on the web.

Get a Free Demo

“You seed what you collect,” said someone some time ago; and in this case, it couldn’t be more true.

If you are accustomed to moving by subterfuge, disguising the truth and embellishing the facts with forgery, it is possible that sooner or later something will turn back.

This is despite the fact that the actions taken were within the limits of the law.

But the laws are not people, so although every move had no legal repercussions, they may have somehow affected someone, be they private individuals or companies.

The situations are among the most various and at the end of the day it is not important to list all of them.

What matters is knowing what you risk if things come to light on the web and social: someone on the other side of the screen could put their hands and turn their disappointment into a direct attack.

Oral communication is certainly the best way to counteract any kind of misunderstanding.

Everything happens without latent time, with the two or more people ready to answer and clarify any doubt in real time, reducing to a minimum the possibility of understanding something for something else.

One question is enough to have clear ideas immediately, or a change in tone or attitude in the interlocutor to learn that something is not adding up.

The written form is by far the opposite, where time and distance play dangerous roles.

And by adding social networks to the equation, here we create an uncontrollable creature, driven by misunderstanding and caused by several factors:

The moral is therefore to be as clear as possible, on every occasion. A post, a comment, an image, a description and even a simple hashtag.

Nothing should be taken lightly: And the attention becomes greater based on the importance of who is posting: a private citizen, Enel and Bill Gates will not have the same impact.

If someone has shown a problem or complaint about one of their channels, you should take the appropriate action and show that you are present.

Ignoring web users is never a wise idea, which could lead to reading complaints up to an expensive Crisis Management operation.

Or, precisely, to a defamation by those who feel ignored in front of a question and see in this a possible solution.

Too late: how to defend oneself against defamation

As already mentioned, there are no real precautions that will give a strong guarantee to avoid being defamed.

Especially in the business world, where these situations are created regardless of what is done and said on social media, but with the sole purpose of lowering the reputation of that company.

Once you find yourself in the middle of a virtual slander, the law will be on your side. You will then have different ways of action.

Never assume that the person responsible for the act is not willing to remove the post. And the question could have arisen without intent of defamation, but of an error of the user.

Therefore, be kind but decisive, asking to see the removal of that certain content that is harming your reputation. In many cases this way works, as well as when it comes to clean up your reputation and remove harmful links.

If not, move on to the facts.

On average the fact happens on platforms controlled by someone, such as review sites, social networks of all kinds or in pages/comments of large websites.

In this case is possible to remove fake reviews from Google and other platforms.

Although this is the most challenging route to support, on some occasions it must be taken when:

Therefore, report that person or company to the social network as appropriate (if any) so that they can take appropriate action on the profile/page in question.

Also open a legal case against the subject and prepare to show how the facts really are.

Finally, prepare a report of everything that has happened, specifying what is false and how reality is, then publish it for each user. In this way you avoid misunderstanding and the truth can put on time your pants on to take to the streets and show itself the digital world.

We at ReputationUP are experts in cases of defamation, both prevented and resisted.

Through our online reputation monitoring tool, we are able to detect threats before they become a real danger.

No one likes to go to court or even be scared of false news about themselves.

We will be ready to intervene.

Do you need to monitor your online reputation?

Here is the solution: activate the RepUP Monitoring Tool and you will know exactly how much your brand is worth on the web.

Get a Free Demo